Five things to think about before embarking on your IoT project

Utilities operators can raise a wry grin when it comes to the current fuss around the Internet of Things (IoT) – and for good reason.

When you look at the nationwide roll-outs of smart metering and growing innovations in smart grids, it’s plain to see they have been ahead of the curve for some time now. In fact, if they hadn’t pioneered IoT connectivity, the grids they run would have ground to a halt decades ago.

The scope of opportunity for utility businesses to deliver on the IoT is huge. There is a freedom to innovate that has sparked a wave of new solutions which are being brought forward by entrepreneurs and start-ups aiming to leverage the potential of IoT in homes, offices, shops or factories often via phone apps and analytics.

In the race to develop new IoT products or services however, project managers tend to allocate too much time and resource to the visible elements, including analytics dashboards, web GUIs or smartphone apps. Unfortunately, this has meant that some of the less sexy but equally critical elements get treated as commodities that can be bolted on later.

We are often asked to work with IoT innovators and entrepreneurs when the most critical function – connectivity – has been an afterthought as there has been an incorrect assumption that it will “just work.”

Whatever your IoT project might be – a device, cloud service or smartphone app – you can’t afford to forget the fundamentals. Real thought needs to be focused on functionality, otherwise a project will be destined to fail, no matter how pretty or shiny it looks.

To ensure this is the case, here are five things every project manager should remember when planning their IoT project:

It might sound obvious but there is a critical dependency on connectivity when it comes to an IoT solution – yet, this can be lost in all the excitement around an innovation. Without the Internet, IoT devices are just dumb Things. Historically, connectivity in the utility sector has been quite rigid, often built on hard-wired daisy-chained SCADA which means that adding a node is a major operation, with the arcane languages unique to each vendor requiring specialists to interpret.

It’s important to remember that a device’s connectivity demands must be thoroughly understood (and the different options explored) to match your users’ coverage expectations. Without reliable, resilient connectivity at the forefront of your mind, you could end up with a costly rethink further down the line or, in the worst-case scenario, a delayed or cancelled product launch.

If your IoT device is mobile and it needs to maintain its connection when operating in remote or rural areas, as utilities companies often are, you may be better off looking at a multi-network SIM rather than one from a single operator.

This is equally important if international coverage is a consideration. Some major operators offer multi-network coverage in the home market but will only allow roaming on a few preferred networks in other countries which can restrict coverage and resilience. Take care selecting a partner that offers true multi-network roaming with affordable tariffs in all the territories that you might operate.

3. An IoT service must be resilient

When you enter a room and flick the light switch, you expect it to come on instantly. In the same way, an IoT product or service must work when called upon. If it fails, it’s not only frustrating but potentially dangerous – especially when considering the number of critical areas utilities companies operate. This might involve monitoring reservoir levels or oil temperatures for example.

Although no one can guarantee connection 24 hours a day, businesses want to know that services are backed up by service level agreements. Meeting these standards requires resilient connections and the ability to reduce any problems within the shortest possible time. To resolve issues quickly, organisations need a SIM management system that can monitor data usage, determine where a problem exists and how it can be rectified.

4. Protect yourself against fraud and misuse

Many companies using IoT SIMs are not aware that many traditional infrastructure-based MVNOs supply SIMs that offer security on their own Access Point Name (APN). This means they can be vulnerable to abuse because they operate on the public APN of the underlying service provider which is out of sight of the MVNO management platform.

In one case, a company came to us after being presented with a £15,000 bill at the end of the month for a single SIM which had been stolen and used by criminals to stream videos.

With smart-grid IoT projects involving hundreds or thousands of SIMs, which are sat in devices in remote places, there is a considerable risk to mitigate. A management platform that gives you real-time analytics and usage alerts, with hard-stop limits, can protect you against substantial losses.

5. Connectivity costs need to be controlled, especially when you scale up

Any IoT project manager expecting large growth must ensure they’re able to keep connectivity costs under control. It may sound obvious but the best way to do this is to only pay for the data you use.

A mind-set persists (something of a hangover from the business telecom contracts model) that you need to pay for the maximum level of data that any one device may potentially use in a month – or else face punitive “overage” charges. This is bizarre; people don’t pay for electricity they don’t use, nor should they have to pay a excessive tariffs for over use, yet businesses seem resigned to paying for data allowances that they will never use.

If you want to create an IoT offering with the ability to grow, you need to be able to monitor usage first and foremost. Finally, you need access to aggregated tariffs with flexibility that allows for regular adjustments according to actual use, without ‘admin’ or penalty charges. 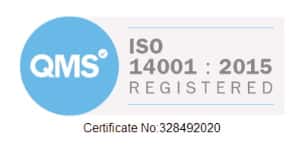 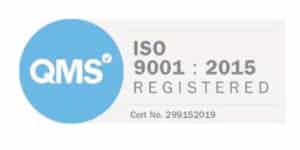 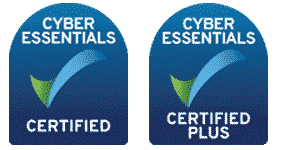